Would You Be Willing to Switch The Sunsword For The Duskcrusher?

The thing about classic settings like Curse of Strahd is that while maybe your players don’t know all the details, they may have been playing D&D long enough that they have heard of certain legendary magic items, like the Sunsword. But then new books come along, like the Explorer’s Guide to Wildemount with new, lesser known items like Duskcrusher. Or maybe vice versa, you've got a bunch of young Critters who love all things Wildemount, but who are giving a classic like CoS a try.

So here’s the idea: can we substitute Duskcrusher for the Sunsword? 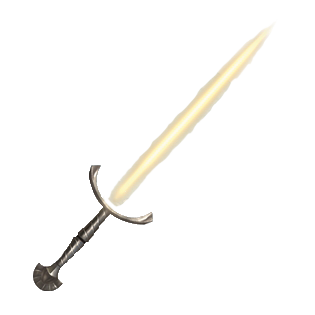 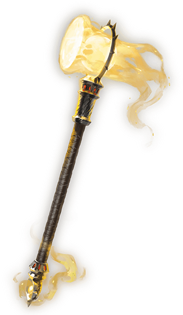 Making it Work in The Story

Orginally Strahd's borther owned the Sunsword, back when it had a crystal blade. So, why did Sergei von Zarovich have a warhammer? Why does anyone? Perhaps it’s not the most gothic of items, but perhaps it once was an item of great beauty. Just as the Sunsword once had a crystal blade, so too did the warhammer. It was an art piece perhaps, one that symbolized the fragility of power when used heavy-handedly. What matters is that it’s sentience has always bothered Strahd, and that following Sergei’s death, he employs the wizard Khazan to destroy it. But only the crystal was destroyed, and the rest of the weapon was rescued by the wizard’s apprentice. The apprentice is found in mutilated in the Svalich woods, possibly torn apart by wolves trying to flee Barovia. The Duskcrusher then shows up in game wherever the party might find the Sunsword.

Tell Me Again Why You Would Want To Remix The Story

These two magic items are so similar in so many ways, but are from two different generations of the game. Much like Jack and I are as players. That’s what makes this game so great: Rip, Mix, Burn. It is yours to pull apart and put back together. And it’s yours to make beautiful for your players. If you play with Critters who love the Wildemount stuff, but have agreed to give old CoS a try, a touch like this might delight them a lot more than just the story as written. Or maybe just for your own enjoyment as a DM to know how to make substitutions of similar items, or creatures, or traps, or whatever that keeps the game fresh. Dig back into old source materials or reach forward into new ones — it can all be made to work together in exciting new ways.