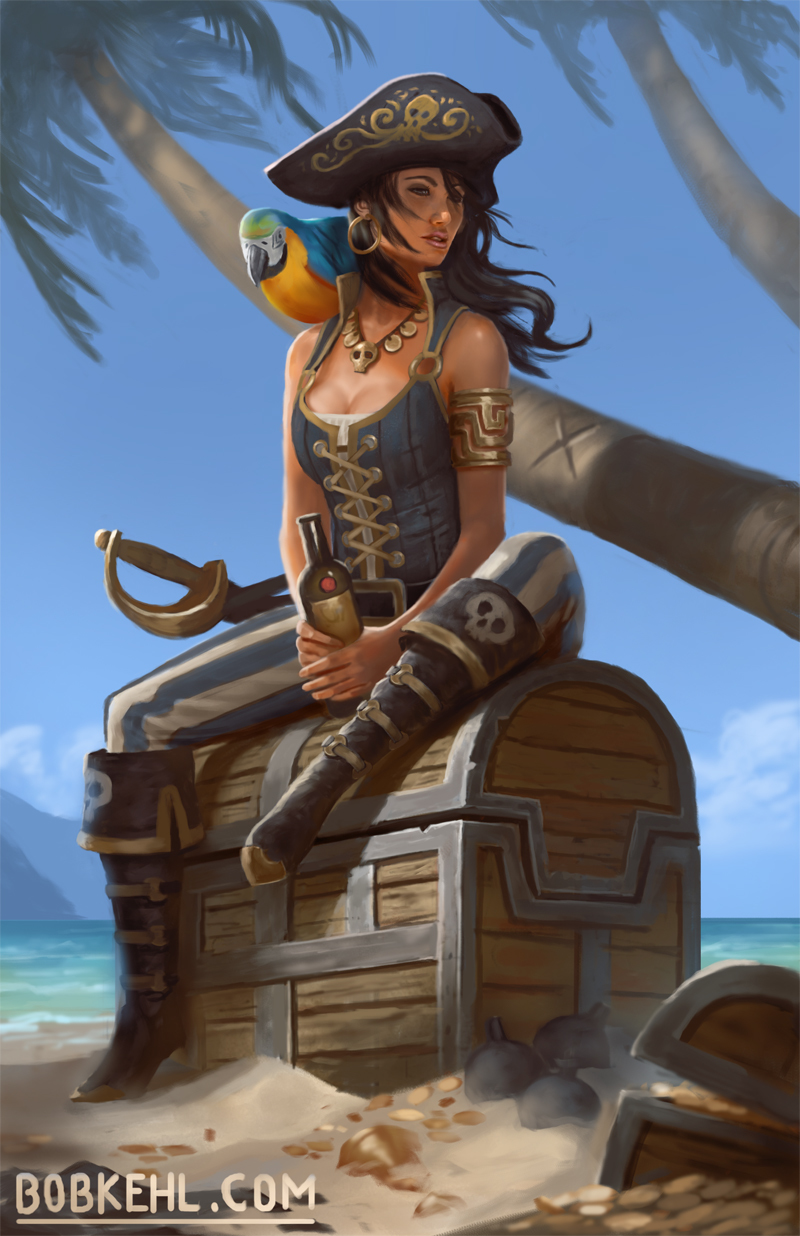 As part of a New Year Resolution to try to make (and hopefully play) character types that are outside my comfort zone, I've set about making a Druid/Warlock. It's a weird combo to put together. Frankly, at times, I wondered why I was doing this at all. But then I found some cool new feautres in Tasha's that I haven't seen at the table yet, and I think would be fun. For the audio walk-through of this, check out the episode.

So, who is this character. Her name is Salem Charms (link to character sheet). She grew up in a bustling fishing town: her father a fisherman with a small boat, her mother running a fish & chips shop that serves up what her father has caught. She never liked her father's little boat; she envied the big ships that would frequent the harbour, dreaming of where they might be off to next. And she definitely didn't like the fish & chip shop -- she disliked how greasy she smelled at the end of the day. Hence, she never gained any proficiency with cook's tools. But she gained a love of the sea, and a passion for adventure. I based her on a picture by BobKehl

After leaving home and developing her adventuring skill, she gained her "druid" powers, which have almost nothing to do with taking a beast form. It's something she has only done a couple of times before, and only when drunk. It's not something she enjoys doing. But with the new Cricle of the Stars subclass, there are plenty of other cool things to do with her Wild Shape slots, in particular: Starry Form.

No Beast Forms, Thanks

Starry Form lets her transform the sailor tattoo on her shoulder into a massive tattoo that cover much of her body and glows. The new tattoo takes then takes the form of either the Archer, the Chalice or the Dragon, depending how she wants to expend that slot.

The other optional class feature which I've enabled for her is the ability to use the Wild Form slot to summon a familiar, which for her is a parrot. Yes, she calls him Polly. Bird familiars are quite usefull for recon , and she'll make good use of him as such. However, he's limited to only 1 hour of use, so he needs to be used wisely -- and then given a cracker as a reward.

It's worth noting also that I made her a variant human so that I could use the Weapon Master feat to give her proficiency with some nautical gear (and a small bump to Dexterity). I don't know if this is the best min/max idea ever, but I like the flavour that comes with her knowing how to use a net and a trident. She also picked up rapier and shortsword, so she can pick up nearly any wepaon you would find laying around a pirate ship and weild it well.

For her Star Map, I gave her a compass, much like that of Jack Sparrow's from the Pirates of the Carribean. It allows her to cast Guidance at will, and shoot a couple of guiding Bolts (although not so well as I nerfed her Wisdom a bit).

Here's the point buy I went for to develop her stat block:

Which brings me to the challenge of a build like this, picking up the second spellcasting ability. Which for her is going to be Warlock, which requires a lot more in Charisma. I decided that this would be her primary offensive spell casting ability. And it would have a bit of a tentacle theme.

So spellcasting with two classes is always a bit tricky, but fortunately Warlock makes it easier by just providing a couple more slots at an ever increasing level that you can cast any of your spells through. But if they are Druid spells, they still use the Wisdom spell attack bonus, so I won't use it Druid spells to attack that much.

She's a Dex fighter, so I took Green-flame blade to boost her sword work. I took Mage Hand, but want to flavor it so that it's a long spectral tentacle that reaches out from her to move things. Likewise with Thornwhip, which looks like a big tentacle rather than a vine. She also has Arms of Hadar, beacuse more tentacles.

As a Fathomless Warlock, she gets Tentacle of the Deep, which is going to be her go to bonus action. She also has gift of the sea, granting her a swimming speed of 40' and the ability to breath underwater.

Other spells include more seagoing themes: Fog Cloud, Creat or Destory Water, and Gust of Wind. But as Druids can choose from a wide variety, she'll be able to prepare appropriate helper spells as the adventure unfolds. So her backstory also includes perhaps an unusual Patron -- which might even be a group patron if we were playing a Swordcoast pirate adventure. Some very powerful Sea Hags, Davy Jones' Sisters. They have given her a necklace -- her Talisman of the Deep that protects her (or anyone she gives it to). She's part of the "Mafia family of the Sea" now. The necklace provides the feature, Rebuke of the Talisman:
"When the wearer of your talisman is hit by an attacker you can see within 30 ft. of you, you can use your reaction to deal 3 psychic damage to the attacker and push it up to 10 ft. away from the talisman’s wearer."

It also lets her boost a failed ability check with an additional d4, which when paired with her Guidance cantrip isn't a bad combo.

They've granted her powers of the mind, allowing her to strike fear into others (Mind Sliver, Cause Fear) And to even summon a Shadow Blade.

She's grown to not worry too much about the greater repercussions of all this might be, and just to live in the moment and enjoy her powers, using them to fuel her lust for adventure.